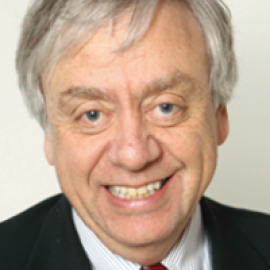 Dr Michel Goldman graduated as a Medical Doctor (1978) from Université Libre de Bruxelles (ULB), Belgium, and received his PhD in medical sciences (1981) from Université de Genève, Switzerland. He is board certified in internal medicine (1984) and clinical biology (1993).

From 1990 to 2008, he heads of the Department of Immunology-Hematology-Transfusion at Erasme Hospital in Brussels, and from 2004 to 2009 serves as the first Director of the Institute for Medical Immunology built on the Charleroi campus of ULB, with the support of GSKBiologicals and the Walloon Region.

In 2009, Michel Goldman becomes the first Executive Director of the Innovative Medicines Initiative (IMI) [3] a joint undertaking between the European Commission and the European Federation of Pharmaceutical Industries and Associations. Managing a budget of €2 billion, he has been responsible for the launch of 59 public-private consortia in areas of major importance, including antimicrobial resistance, Alzheimer’s dementia, cancer, diabetes, immuno-inflammatory disorders, autism, chronic pulmonary diseases and drug safety.[4]

Michel Goldman is Professor of Immunology and Pharmacotherapy at ULB. He is a member of the Board of Directors of CQDM (Canadian consortium for precompetitive research)[5] , of the Board of the Tuberculosis Vaccine Initiative[6] and of the Strategic and Scientific Advisory Board of GenomeQuebec. He also serves as chairman of the Scientific Committee of Effimune S.A., a French biotechnology company.[7]

Starting September 2015, Michel Goldman will lead the Institute for Interdisciplinary Innovation in Healthcare (I3h), a ULB centre that has the mission of fostering research, education and outreach networks for the benefit of patients and other stakeholders.