V.P. Andriukaitis was born on 9th August 1951 in Kyusyur, Siberia, in the family of decedents of Soviet regime. His parents were deported in 1941 and he returned to Lithuania in 1957.
Vytenis Andriukaitis started political activities in anti-Soviet movements in early 1969.
He is co-author and a signatory of the Independence Act of Lithuania (March 1990), also one of the co-authors of the Constitution of the Republic of Lithuania adopted in 1992.
V. Andriukaitis is one of the founders of the Lithuanian Social Democratic Party and later on Chairman of the party (1999-2001), currently having the position of honorable chairman of LSDP. Member of the Lithuanian Parliament for six terms, from 1990 to 2004 and from 2008 to 2012. During that time he served as a Chairman of the Committee on European Affairs, including during the accession to the EU in 2004; as a member of the Foreign Affairs Committee; as a Deputy Speaker of the Parliament (2001- 2004). The same years he served as the Head of the Lithuanian Delegation to the European Convention.

Having background of professional doctor, V. Andriukaitis had been a practicing surgeon with specialization in cardiovascular surgery (more than 20 years).
He also holds a degree in History from Vilnius University acquired in 1984.
From 2012 to 2014 Vytenis Andriukaitis was a Minister for Health in the Lithuanian Government.
From 2014 to 2019 he served as European Commissioner for Health and Food Safety.
From 2020 – Special Envoy of the WHO for Universal Health Coverage for the European region and Member of the Political Advisory Panel of the UHC 2030 Movement.

V.P. Andriukaitis is an author of multiple articles and books, more than 140 legislative proposals and amendments on national and the EU level; among them Amendments to European Treaties. 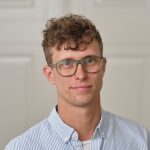 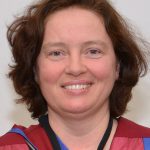