Dr Geneviève Inchauspé is Head of the Department of Infectious Diseases in the biotech. Company Transgene since 2005. Transgene belongs to Institut Mérieux, a large holding company involved in in vitro diagnostics, preventive and therapeutic vaccines, as well as food safety principally in infectious diseases and cancer. Transgene focus is to develop active targeted immunotherapeutics to combat diseases associated with both of these fields.  Four indications are currently targeted in infectious diseases, hepatitis B and C, human papillomavirus and tuberculosis.

Geneviève Inchauspé has spent over 20 years in academia occupying different positions at the interface between basic and clinical research. She obtained her PhD degree in Microbiology from the University of Toulouse (France), has trained at the National Institute of Health (NIH) in Bethesda, MD, USA and at the Lindsley Kimball Research Institute in New York where she became Member Investigator. She has joined the French national Institute of Health (INSERM) in 1993 and became Director in 1996.

Her research has mainly focused on viral hepatitis and vaccine development. She has served as experts for a number of companies involved in these fields and has sit in different panels for the European Community over last 15 years. Dr Inchauspé has taught in a number of courses including the WHO specialized Vaccinology training course. She is author of over 80 papers and a number of patents. She is on the organizing committee of various national and international scientific meetings. 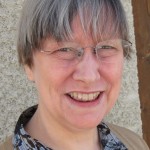