Dr H. Onno Ruding (1939, Breda, The Netherlands) is Chairman of the Board of the Centre for European Policy Studies (CEPS) in Brussels, the largest independent think-tank in Europe addressing subjects related to European integration, since 2002.

He was Executive Director of the International Monetary Fund (IMF), Washington, D.C. (1977-1980). He served as the Minister of Finance of The Netherlands, for the Christian Democratic Party (CDA) from 1982-1989. Ruding was Chairman of the Netherlands Christian Federation of Employers (NCW), The Hague, from 1990-1992.

Ruding first became a Director of Citicorp in 1990 and was appointed Vice Chairman of Citicorp/Citibank in New York (1992).

In October 2008 the European Commission appointed him as a member of the High Level Expert Group on EU financial supervision (Larosière Committee). Ruding furthermore is a (non-executive) Director of Corning Inc., Corning, RTL Group, Luxemburg and Chairman of the Board of Bank Nederlandse Gemeenten (BNG), The Hague.

Dr Ruding is chairman or member of several boards and (advisory) councils of cultural, charitable and political institutions. He is author of several books and many publications on international and Dutch banking, monetary, taxation as well as political matters. The Dutch Queen bestowed on him the decoration of Commander of the Order of Orange-Nassau (1989). 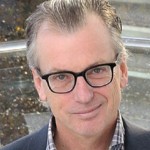