Dr Bernard Fritzell obtained his medical diploma from the University of Bordeaux (France) as well as his degree in Tropical Diseases and Health and Development.

He has nearly 30 years of experience in the clinical development of several human vaccines. During his career, he has held senior positions in the medical department of Pasteur-Merieux-Connaught, Chiron vaccines and Wyeth and was until December 2011 Vice-President Scientific and Clinical Affairs at Pfizer Vaccines. For 13 years, he also served as the chairman of the clinical working group of the European Vaccine Manufacturers (EVM). 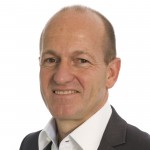